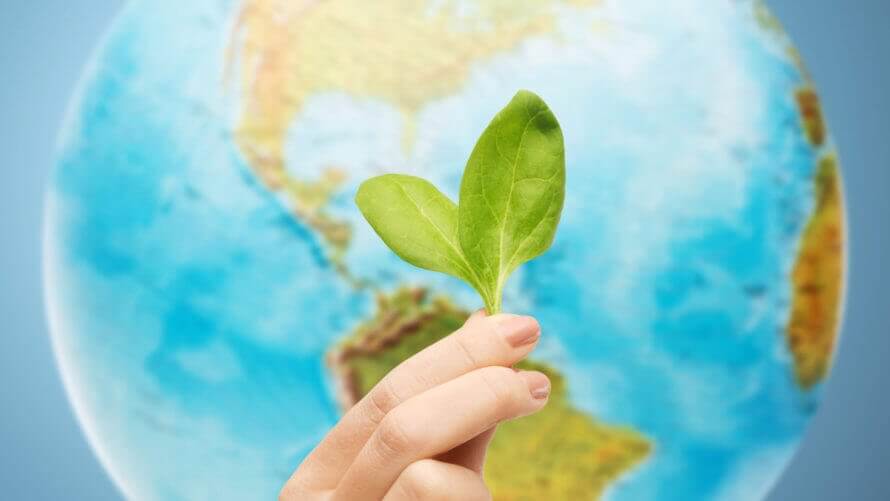 The human population has grown at a breakneck pace and threatens to further exacerbate a problem that has worsened in recent years: chronic hunger. Genetically modified crops could help to relieve this problem by providing increased yields and being more resistant to environmental stressors.
—Christopher Gerry, Department of Chemistry and Chemical Biology, Harvard University
The companies that develop and market GMOs may promise that they will produce greater yields and solve the world's food shortages, but GMO yields are hardly keeping pace with non-GMO crops.
—Just Label It, organic industry advocacy group

One of the most contentious aspects of the GMO debate is whether biotechnology is necessary to meet the food consumption needs of the world’s growing population, expected to near 10 billion by 2050. During the same period, food demands by the existing population in the developing world are expected to soar by 50% or more. To meet this food security challenge, experts estimate that agricultural production needs to roughly double in the coming decades. How can that be achieved?

Agricultural scientists and many independent humanitarian organizations such as the Gates Foundation and the United Nations argue that GMOs (and soon gene editing) are critical tools to help farmers increase yields, combat pests and adapt to shifting climates. Critics mock this view, saying, ‘GMOs are not necessary to feed the world’–a definitive claim biotech advocates never actually make. Critics challenge the scientific consensus that genetically engineered crops increase yields. GMOs threaten the sovereignty of developing countries, they say, maintaining that the food shortage crisis is a myth promoted by “big ag” to boost their profits under the guise of doing noble humanitarian work. Rather, organic and agroecological farming and infrastructure investment to improve food distribution could adequately alleviate world hunger and growing food demands.

Most agriculture experts say this argument oversimplifies the food security challenge. World hunger is a complex problem. Multiple tools, including small-scale farming in certain situations, intensive farming in others and the sustainability advantages and increased yields of many genetically engineered crops should be accessible to farmers.

Beginning in 1944, geneticist and plant pathologist Norman Borlaug led an initiative called the Cooperative Wheat Research and Production Program, which developed disease-resistant wheat varieties in Mexico. The research launched a period of dramatic growth in agricultural production that became known as the “Green Revolution.” Borlaug’s work increased food production so much in fact that a billion people in Latin America, the Middle East and Africa avoided starvation.

Trying to build on the Green Revolution, proponents of crop biotechnology have noted that GMOs, which have been shown to increase yields over organic conventional farming by 15-40%, could help bring a Green Revolution to Africa and other parts of the developing world.

Anti-GMO activists have caricatured this argument as part of their broader strategy of demonizing crop biotechnology. “One of the most often touted benefits of GMOs is that they are essential to feed the world’s growing population,” the organic-supporting advocacy group Green America posts on its website. “Claims that GMOs will ‘feed the world’ don’t hold up,” Environmental Working Group, a nonprofit funded by the organic food industry, posts.

It’s a strawman argument, however. No scientist claims that GMOs by themselves can ‘feed the world’. GMOs have been shown to increase crop yields over both conventional and organic agriculture and use less synthetic chemical inputs than non-GMO conventional farming. GMOs are one tool among many. More importantly, estimates indicate that we are farming approximately half of the available land on earth suitable for growing food, and almost all of the prime arable land. Very little of the prime land exists in the developing world, meaning biotechnology will be key in producing crops that can grow in less fertile soil.

In order to sustainability produce the food we will need, we must support . agroecological methods of farming . agroecology seeks ways to enhance agricultural systems by mimicking natural processes, thus creating beneficial biological interactions and synergies among the components of the agroecosystem.

But this promotion of agroecology ignores the large body of evidence that confirms biotechnology’s role in producing more food. An April 2018 analysis of 6,000 studies, covering 21 years of data, concluded that genetic engineering increased corn yields by 25 percent, and provided more nutritious food as an added benefit. The classic meta-analysis on this controversy, an independent study from 2014, found:

On average, GM technology adoption has reduced chemical pesticide use by 37%, increased crop yields by 22%, and increased farmer profits by 68%. Yield gains and pesticide reductions are larger for insect-resistant crops than for herbicide-tolerant crops. Yield and profit gains are higher in developing countries than in developed countries.

In contrast, the farming methods advocated by Green America, EWG and other anti-GMO advocacy groups require more land, according to a 2018 study, published in Nature. Summing up the findings, study co-author, University of Sheffield researcher David Edwards:

Organic [farming] systems are often considered to be far more environmentally friendly than conventional farming, but our work suggested the opposite. By using more land to produce the same yield, organic may ultimately accrue larger environmental costs.

Biotechnology critics maintain that food insecurity is mostly a political and economic crisis. “Hunger is the result of distribution and infrastructure problems, and it won’t be eliminated by growing . GMOs,” organic advocacy group Just Label It writes on its website.

That’s simplistic, maintains the World Health Organization (WHO). It says improving infrastructure is only one step on the way to establishing food security. As the Organization for Economic Co-Operation and Development (OECD) explains, yield-boosting biotech crops have been widely adopted in many parts of the developing world, though infrastructure in these countries is still lacking. The WHO agrees, pointing out that developing a “sustainable variety of crops” is also needed to address world hunger.

Building better infrastructure to distribute food is an important food security issue but only indirectly related to the controversy over the pros and cons of crop biotechnology. The economic growth that will finance investment in infrastructure is underway in many developing countries, but the climb out of poverty is still slow and uncertain.

According to the World Bank, market reforms cut the “1990 poverty rate in half by 2010.” But gradual economic growth and agroecology aren’t viable solutions for developing countries where food demands are growing dramatically, and their farmers whose crops are threatened by pests.

Critics of crop biotechnology misrepresent the evidence that shows that GMOs can help developing countries combat hunger in numerous, specific ways. No, they will not “feed the world” by themselves, as GMO critics disingenuously claim. But as Calestous Juma, the late Harvard University professor of international development explained in 2017, planting genetically engineered crops is one of several important steps toward increasing food security in developing countries as they build their economies.