Why has the US FDA opposed mandatory GMO labeling? 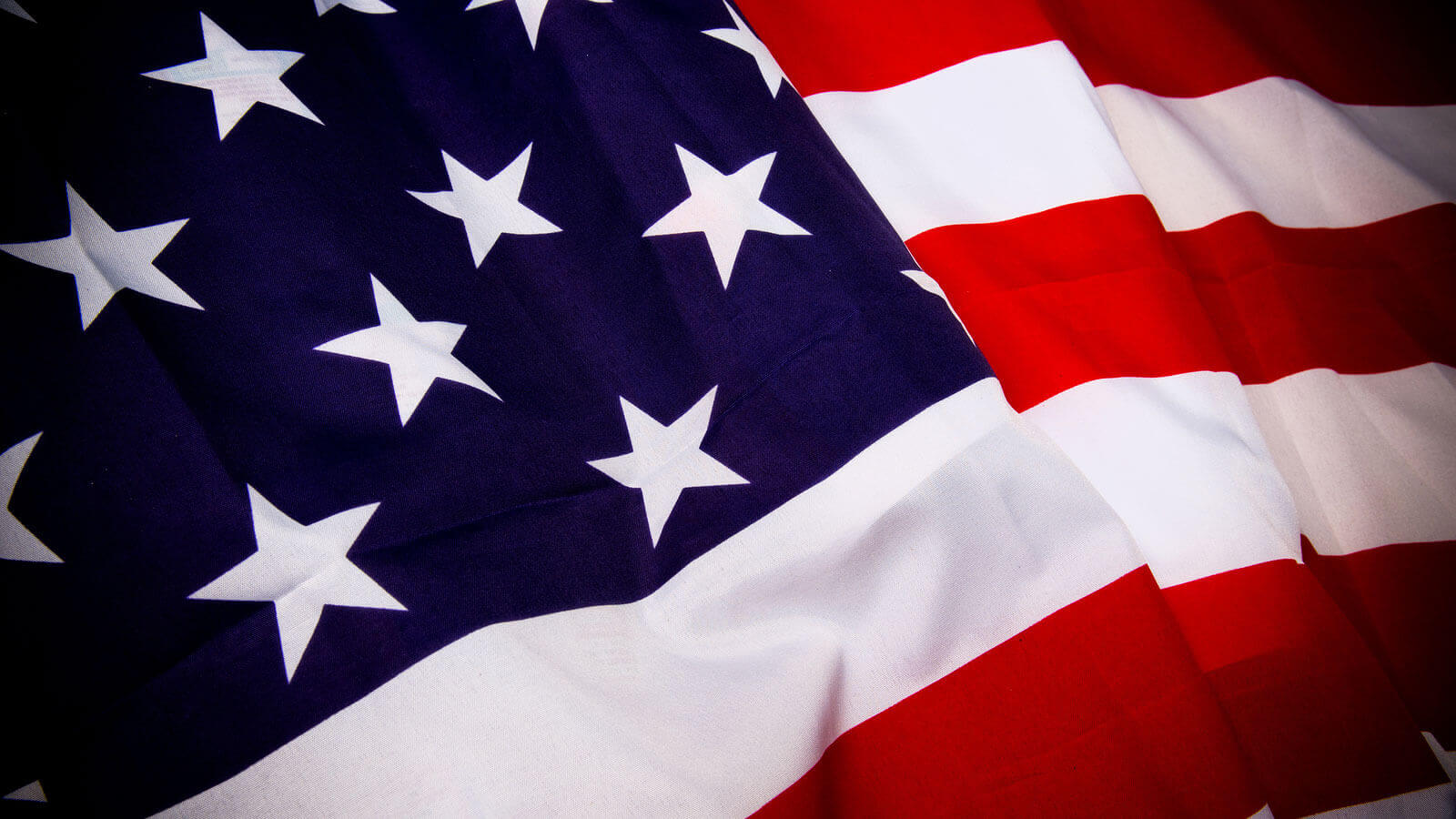 The premise of this policy is that the safety evaluation of food and chemical products is based on the properties of the product, and not the manner in which it was produced.
—Pew Initiative on Food and Biotechnology
We believe that the process of genetic engineering constitutes a "material fact" and, thus, that fact must be on the label.
—Michael Hansen, senior scientist, Consumers Union

Until 2016, the issue of GMO labeling in the United States was largely decided by a 1992 policy statement by the U.S. Food and Drug Administration, that essentially said labels are only required if a genetically modified product is materially different from its conventional counterpart. That position was overridden in 2016, when the U.S. Congress passed a law that will require labeling through text, a symbol, toll-free number or a digital link (such as a QR code that can be read by a smart phone.)

The move effectively forces the FDA to alter its position of regulating the end product, rather than the process used to make the product, putting the nation more in line with the European Union and some other jurisdictions.

Voluntary labeling already has a foothold in the American market. The Non-GMO Project sells its label to food companies that pass its certification. More than 21,000 products now carry this label, most of them with no GMO counterpart, such as table salt.

The issue of GMO labeling has captured considerable attention in recent years, fueled by a variety of ballot initiatives in California, Washington, Colorado and Oregon, as well as the successful 2016 legislative effort in Congress. But this is not a new issue. It’s one the U.S. Food and Drug Administration took up in the early 1990s, as genetic engineering of crops started to gain popularity.

The FDA issued its key policy statement in May of 1992. The agency made clear that it looked at the final product, rather than how the product was created. If two items are essentially the same, the agency said, there’s no reason to label a genetically modified one simply because it was created through a different process:

The agency is not aware of any information showing that foods derived by these new methods differ from other foods in any meaningful or uniform way, or that, as a class, foods developed by the new techniques present any different or greater safety concern than foods developed by traditional plant breeding. For this reason, the agency does not believe that the method of development of a new plant variety (including the use of new techniques including recombinant DNA techniques) is normally material information within the meaning of 21 U.S.C. 321(n) and would not usually be required to be disclosed in labeling for the food.

Labeling would only be required, the agency said, if there is a material difference between a GM product and one created conventionally:

Thus, consumers must be informed, by appropriate labeling, if a food derived from a new plant variety differs from its traditional counterpart such that the common or usual name no longer applies to the new food, or if a safety or usage issue exists to which consumers must be alerted.

For example, if a tomato has had a peanut protein introduced into it and there is insufficient information to demonstrate that the introduced protein could not cause an allergic reaction in a susceptible population, a label declaration would be required to alert consumers who are allergic to peanuts so they could avoid that tomato, even if its basic taste and texture remained unchanged. Such information would be a material fact whose omission may make the label of the tomato misleading under section 403(a) of the act (21 U.S.C. 343(a)).

In recent years, anti-GMO groups petitioned the FDA to change its stance, but in November 2015, the agency re-affirmed its position, while announcing it had approved the AquaBounty salmon. The agency reiterated that it has seen no information “showing that bioengineered foods differ from other foods in any meaningful or uniform way, or that, as a class, foods developed by the new techniques present any different or greater safety concern than foods developed by traditional plant breeding.”

The decision by Congress to require GMO labels puts an end to the series of skirmishes at the state level. According to the Center for Food Safety, labeling bills were introduced in 30 states, spawning expensive fights in states that include California, Oregon and Colorado.

Most of the initiatives were defeated. But in 2014, legislators in Vermont passed a law that would have gone into effect in July 2016. It was the first of what anti-labeling groups feared would be a patchwork of state labeling laws.

Even before it passed the 2016 labeling law, Congress had stepped into the fight over labeling of the AquaBounty salmon. After the FDA said the fish didn’t need a label, lawmakers objected and attached a provision to a massive federal spending bill that requires the fish to be labeled as a GMO. As a result, the FDA announced a temporary ban on the importation of the fish until the matter could be resolved.

While the FDA did not require GMO labeling, the agency has issued guidelines for companies engaging in voluntary labeling. In general, the agency considers the term “GMO” (an acronym for genetically modified organism) to be inaccurate. “Most foods do not contain entire organisms,” the agency said. An exception would be yogurt, which does include bacterial microorganisms, which, although genetically engineered, are not classified as such under most labeling laws.

Instead of “GMO,” the agency would rather see terms used like “genetically engineered” or “bioengineered.” Still, the FDA said it has no plans to stop companies from using the term “GMO” on their labels. 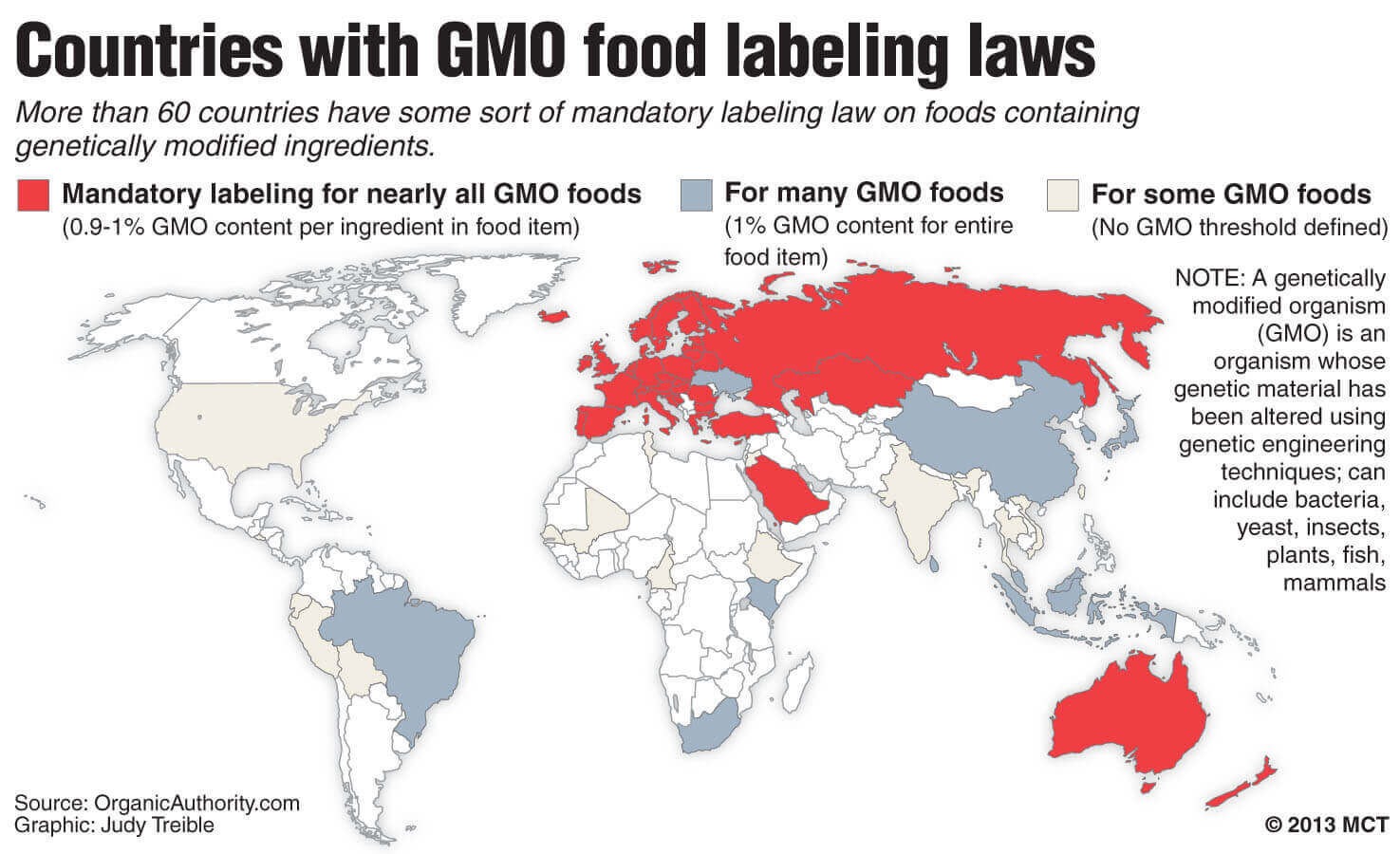 The 2016 labeling law passed by Congress marks a significant change in how GMOs are treated in the United States, forcing regulators to reverse a longstanding position. Instead of focusing on the final product, the law focuses on the process that creates the product. It’s similar to how labeling is handled in the European Union, where products are regulated based on how the ingredients were grown or produced.

Even now, E.U. regulators are considering whether to consider as GMOs products made through gene editing and other new breeding techniques. It is unclear how those newer technologies will be treated in the United States, where regulators have been given two years to implement the new law.